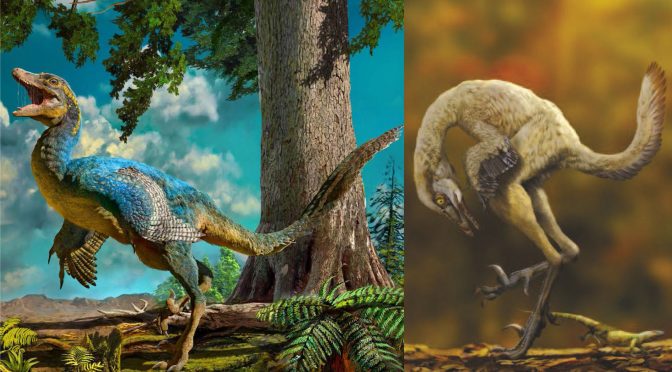 Abstract: A new troodontid dinosaur, Daliansaurus liaoningensis gen. et sp. nov., is erected based on a nearly complete specimen from the Lower Cretaceous Yixian Formation of Beipiao City, Liaoning Province, China. This well preserved skeleton provides important new details of the anatomy for Liaoning troodontids, and gives new insight into their phylogenetic relationships and evolution. Daliansaurus is distinguished from other troodontids by an enlarged ungual on pedal digit IV, which is approximately the same size as the sickle-shaped second ungual, and is differentiated from other Liaoning troodontids by a number of characters of the skull, manus, pelvis, and hindlimb. A phylogenetic analysis recovers Daliansaurus within a subclade of Liaoning troodontids that also includes Sinovenator, Sinusonasus, and Mei. We erect a name for this group –Sinovenatorinae – and argue that it reflects a localized radiation of small-bodied troodontids in the Early Cretaceous of eastern Asia, similar to previously recognized radiations of Liaoning dromaeosaurids and avialans. As more Liaoning theropods are discovered, it is becoming apparent that small, feathered paravians were particularly diverse during the Early Cretaceous, and future work is needed to clarify how this diversity arose, which species coexisted, and how these numerous species partitioned niches.

A new troodontid, Liaoningvenator curriei gen. et sp. nov., is described based on a complete skeleton from the Early Cretaceous Yixian Formation of Beipiao City, Liaoning Province, China. It bears the following characters of Troodontidae: numerous and more closely appressed maxillary and dentary teeth; the teeth markedly constricted between the roots and crowns; the nutrient foramina in groove on the external surface of dentary; distal caudal vertebrae having a sulcus on the dorsal midline rather than a neural spine. Unlike other troodontids, Liaoningvenator exhibits a sub-triangular ischial boot in lateral view and slender ischial obturator process; transition point in caudal vertebrae starts from the seventh caudal vertebra. A phylogenetic analysis recovers Liaoningvenator and Eosinopteryx as sister taxa that belong to the same clade. These two taxa share the following three characters: (1) anterior maxillary and dentary teeth lack serrations along the anterior carina; (2) shafts of cervical ribs are longer than vertebral centra which they articulate with; and (3) anterior margin of ilium is straight. The type specimen of Liaoningvenator was attaining skeletal maturity and at least four years old when it perished. Liaoningvenator represents the fifth troodontid taxon from the Lower Cretaceous equivalent strata of western Liaoning. It provides much new anatomical information on basal troodontid dinosaurs in this region. It also enhances the diversity of the troodontids in Early Cretaceous of China currently known. 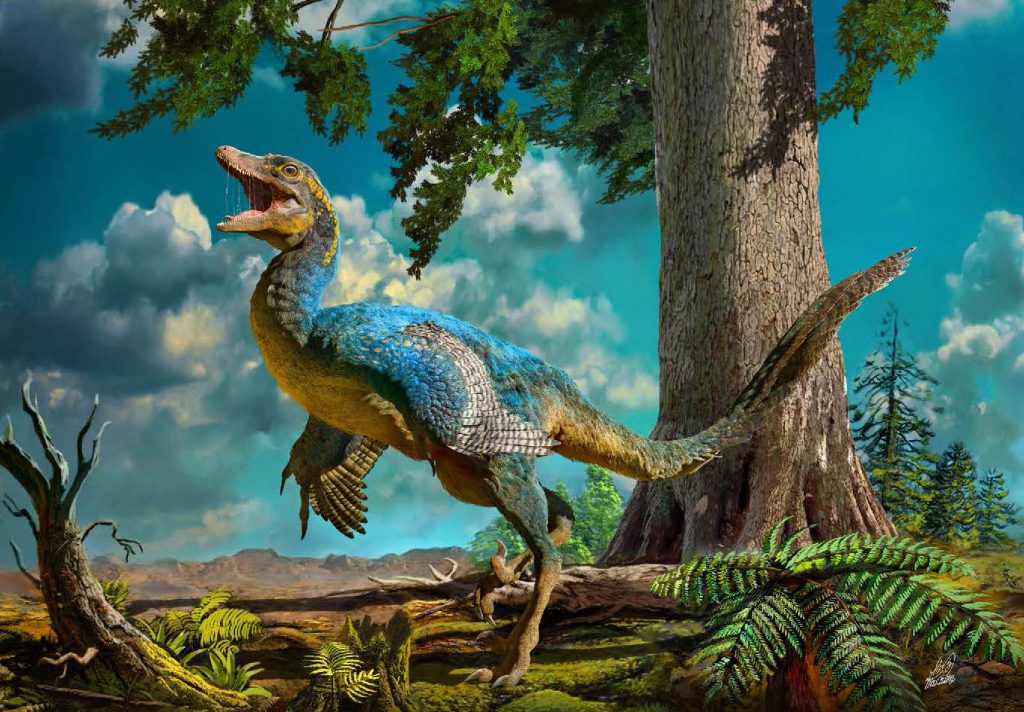 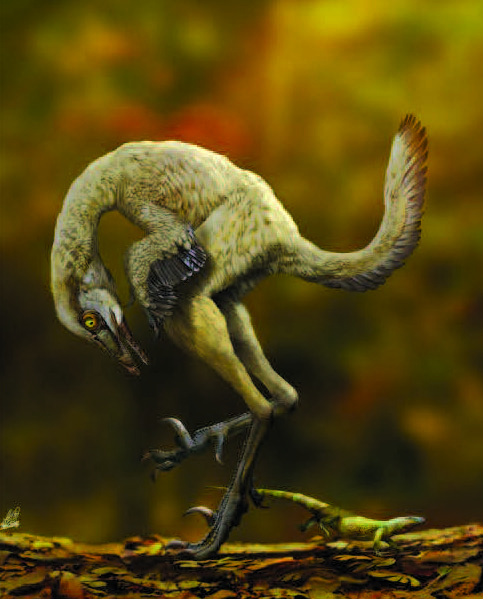